When Carol Alt and Phil Masiello first designed Raw Essentials, their goal was to create skin care products that were truly and genuinely natural. In this A Healthy You & Carol Alt segment, Carol and Phil explain how many “natural” skin care lines may be tricking consumers by formulating their products with harmful chemicals in addition to more natural ingredients. In addition, some certified organic skin care lines may simply be paying for their certification, all the while using harsh chemicals ingredients!

Urea – used as a preservative, urea is extremely toxic and has been shown to cause skin irritation and rashes. These side effects can range of mild to extreme depending on the amount used and a person’s sensitivity level. Urea can be easily replaced with a blend of tea tree oil, honeysuckle, salt, and other naturally sourced ingredients.

Parabens – also used as preservatives, skin care parabens are very cheap for skin care manufacturers, and are therefore widely used. However, like urea, parabens are toxic and have been linked to various diseases and ailments, including cancer. Parabens are also easily replaced with the same blend of natural preservatives mentioned above, but are still used due to cost effectiveness.

Propylene glycol – derived from petroleum, propylene glycol is a humectant that is known for drying out the skin. It does so by attracting water, both from the air and from the deeper layers of the skin. This results in a complexion that is very dehydrated by the very thing (skin care cream) that is supposed to be hydrating it!

Copolymers – popular in anti-aging skin care, copolymers are whiteners that are supposed to lighten and brighten the skin, including age and sun spots. However, they are very drying and work similarly to propylene glycol, resulting in dehydrated skin. This is especially troublesome for those using anti-aging products, as dehydrated skin is much more likely to show defined lines and wrinkles.

Sulfates – sodium laurel sulfate, sodium laureth sulfate, and sodium lauryl sulfate. No matter how you spell it, these ingredients are some of the worst in skin care. Originally used as an antifreeze, sulfates are excessively stripping to the skin and are known skin and eye irritants. In studies, sulfates were even shown to cause the sort of damage that could lead to partial or full blindness. Sulfates are used only for sudsing action, a superfluous norm in the skin care industry that could be easily achieved with a blend of sugars and coconut fat.

If you’re confused about how some skin care lines can get away with using these products and still advertise as being natural or organic, be sure to watch the skin care ingredient segment featuring Phil and Carol! Phil thoroughly explains the processes of the skin care industry, and what you can do to protect yourself from false advertising. 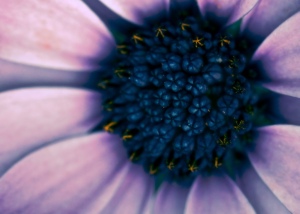 At Raw Essentials, we are dedicated to formulating skin care products that only do good for your skin. We aim for products that are free of harmful ingredients or chemical additives that do nothing beneficial for your skin’s health. That’s why we ensure that each and every product contains 100% raw active ingredients, and will never contain (said simply) any “yucky stuff.”

What counts as yucky stuff? To us, it’s anything that mainstream skin care companies use as fillers or cheap substitutes for healthful ingredients, as well as ingredients that may harm the skin. Many common skin care ingredients used in mainstream products are known as GRAS to the FDA – generally recognized as safe. However, this does not mean that those ingredients are healthful, and it doesn’t even mean that they’re guaranteed to work without damaging the skin. More on that in a minute.

To give you an idea of the so-called yucky stuff that we never, ever use, here’s a quick rundown of commonly used skin care ingredients and why we don’t think they belong in skin care products.

Petroleum
Petroleum, also known as petroleum jelly, petrolatum, or soft paraffin, is often used in skin care to prevent moisture loss. Because of its texture, it can make dry skin feel like it’s being heavily moisturized, when in reality the petroleum is just acting as an extra layer on top of the skin.

In addition, petroleum actually repels water, which means it will keep environmental hydration from reaching and benefitting the skin, which may actually worsen dehydrated skin types. It also locks in bacteria, which can worsen acne and other bacterial skin conditions.

Finally, there has been some concern over whether or not petroleum can be carcinogenic. Unrefined petrolatum (from which petroleum is derived) has been known to be carcinogenic. Most experts state that petroleum taken from a safe source and properly purified will not contain carcinogenic properties; however, this is never a sure thing, and those wishing to err on the side of caution should stay far away from petroleum products.

Sulfates
Most mainstream cleansers contain sulfates or another form of detergent. Sulfates are cleansing agents, typically listed as sodium lauryl sulfate, sodium dodecyl sulfate, or sodium laureth sulfate, or just SLS for short. From facial cleansers to shampoos to toothpaste, most products on the beauty aisle contain a sulfate or two.

But, did you know of the dangers that sulfates post? First off, SLS is known to cause damage to the protein formation of eye tissue. In animal studies, SLS penetration is much higher in neonatal and young animals, and shows penetration into the eyes as well as the systemic tissues! It was also discovered that SLS was still present in tissues up to five days after a single drop was administered.

On top of that, SLS is also known to react with other beauty ingredients to form NDELA, a potent carcinogen. As seen above, SLS is already known to be highly absorbed by the body. In its carcinogenic form, it’s just that much more dangerous when absorbed.

Lastly, SLS is a known skin irritant. In fact, SLS is the laboratory standard used to induce contact dermatitis (sensitivity caused by an external aggressor) in order to test products designed to soothe and heal this skin condition. It has been shown to damage skin barrier function, enhance allergic responses, damage and alter skin cells, cause skin roughness, and more.

These reasons and more have led a complete ban of SLS in Europe. In the U.S., though, it’s still generally recognized as safe. But, as far as Raw Essentials in concerned, it’s not safe enough for use in our products.

Artificial Colors and Fragrances
Humans like things that look and smell nice. The natural scent of flowers, the vibrant color of a sunset; these are almost universally loved! That’s why beauty products are so often created to appeal on a sight and scent level before almost anything else.

Unfortunately, many companies rely on artificial colors and fragrances to achieve this goal. It may seem innocent enough, but the fact is that just one artificial fragrance may contain hundreds of chemicals in order to achieve that “fresh” cucumber scent that you love so much.

Fragrances are considered a trade secret, so beauty brands don’t have to spill the beans on which chemical compounds they use to scent their products. Similarly, color combinations do not have to be displayed on the ingredients lists. And that unscented product you use? It may contain masking fragrances to cover up the scent of other chemicals used in the product!

All these chemicals pile up together to form a mess that doesn’t benefit your skin at all, and may even cause a reaction, especially in sensitive skin types. Here’s a quick rundown of just some of the side effects caused by artificial fragrance and/or color:

As you can see, these very common ingredients have a very sinister dark side. Just because they’re used by many does not mean that they should be used at all. With Raw Essentials, you can rest assured knowing that your skin care products will never contain these harmful ingredients.